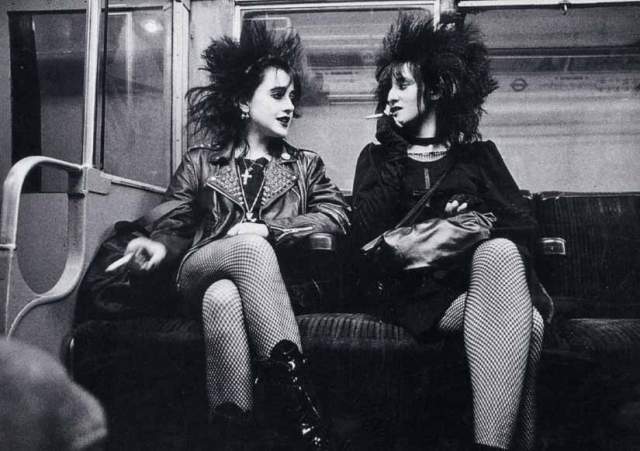 Punk fashion is the clothing, hairstyles, jewellery and body modifications of the Punk subculture. A subculture is defined as a small group of people who live in the larger community who go about the lives is different way. Punk fashion’s most famous designer is Vivienne Westwood who dressed the Sex Pistols and The Exploited, Punk fashion has been extremely commercialised at various times and many various fashion designers- Westwood, John Paul Gautier and even Versace showed elements of Punk fashion in their designs.

Glam Rock, Skinheads and Mods have all influenced Punk fashion as has Punk fashion influenced them, the underlying theme with subcultures are that they use their clothing as a way to make a statement.

Punk clothing which was initially handmade, using whatever cheap thrown out materials they could find, it then became mass produced and was sold in record shops and smaller speciality clothing stores in the 1980’s. 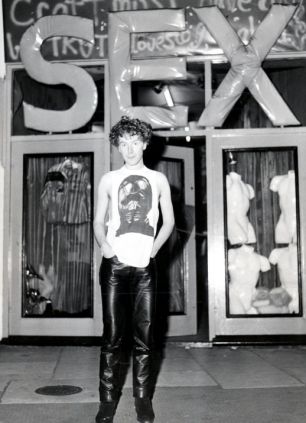 Punk was an intentional rebuttal of the perceived excess and pretencions found in mainstream music and culture as a whole. Early Punk fashion was anti-materialistic- Generally unkempt, short hair styles famously the spiked multi-colour Mohawk, simple clothes from T-shirts, Jeans and Leather jackets: customised blazers and smart formal shirts randomly covered in slogans such as- “Only Anarchists are pretty”, blood patches and controversial images were also extremely popular. 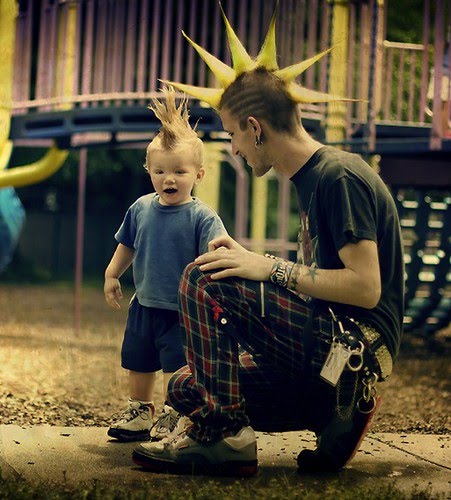 Safety pins were massively popular in with Punks and were used everywhere from on clothing, as piercings and accessories. Many female Punks rebelled against stereotyping of women and often combined delicate or pretty clothes with masculine pieces such as a tutu with big chunky boots. 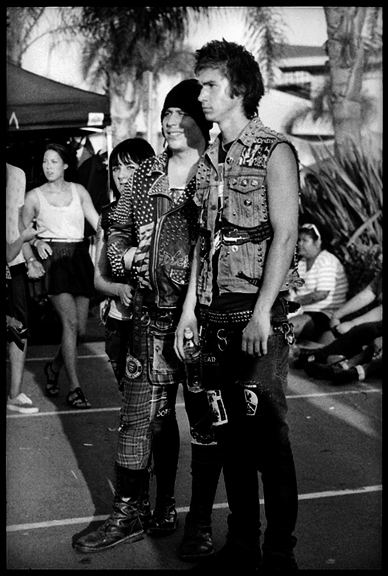 Punks also love DIY fashion, that’s where its roots were, and incorporated everyday objects for aesthetic effect. Purposely ripped clothes were held together by safety pins or wrapped with tape, black bin liners became dresses, shirts and skirts. Other items added to clothing or worn as jewellery included razor blades, chains and in some extreme cases sanitary products.

What I love about Punk fashion is how they used everything and anything to make themselves look different without spending a fortune. They had so much power and influence on how we dress, even still today, that they influenced well know designer YSL when they designed the infamous Liz Hurley dress. Punks weren’t all about fashion, I’m sure if you were to ask them they would say that they didn’t care about fashion, they dressed in way to show there dissatisfaction with the economy and as they saw it limited job options (sounding similar to anyone). In my eyes Punks were the true originators of DIY fashion and I can that we are starting to go down that path again. With the rise of fashion bloggers showing you how to make/customise your own pieces, to websites specifically showing you how to make anything from hoodies to full ensembles and lets not forget the various Youtube channels and uploads dedicated to DIY fashion.
So what do you think? Can you see a return in DIY fashion?